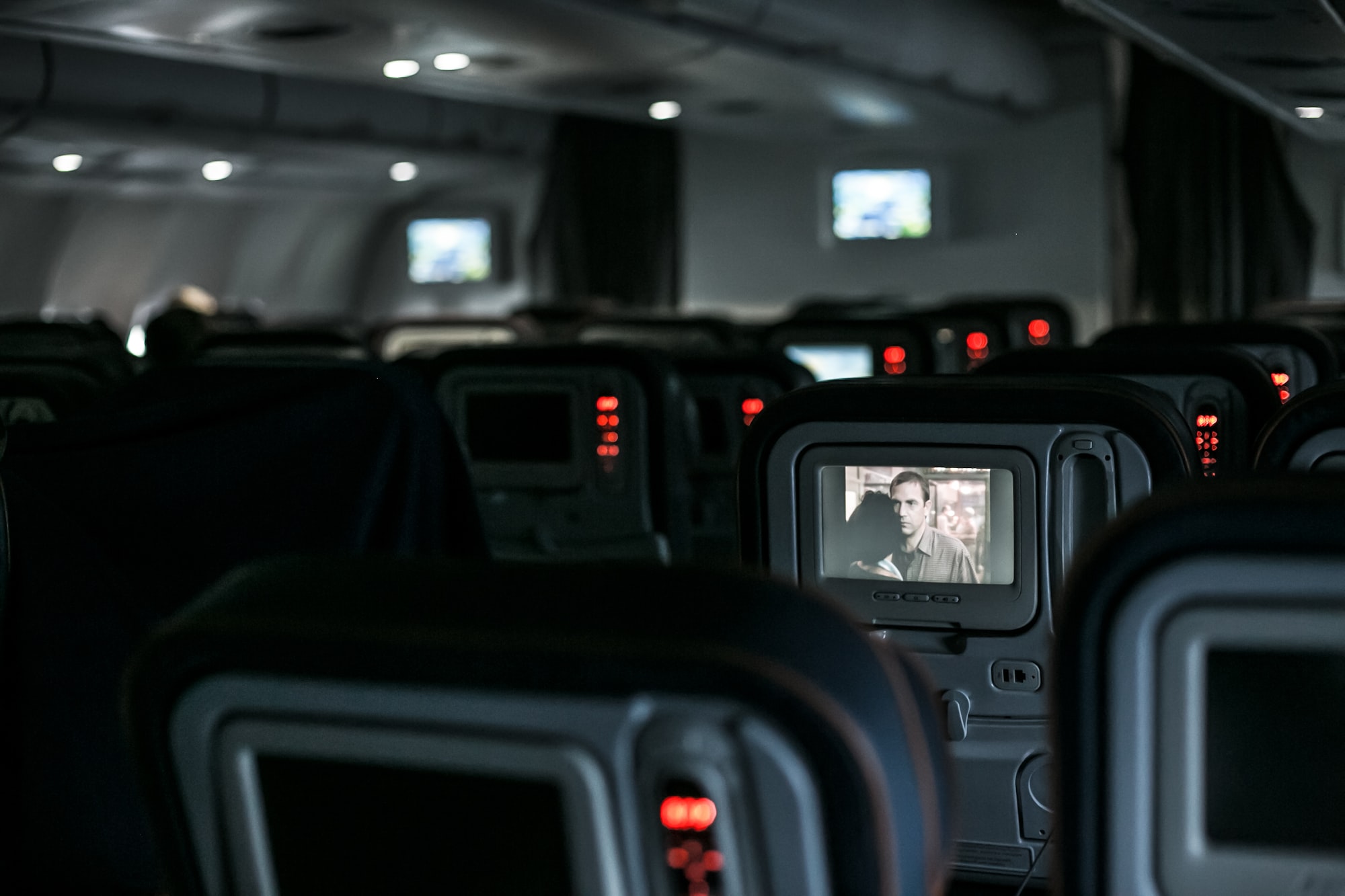 As a kid, my Summers would begin with a 16 hour plane ride. Visiting family on the other side of the world, my siblings and I would strap ourselves into our row of three chairs and prepare for takeoff in the metal box with wings that would carry us over the ocean.

Flicking through the catalog in the seat pocket in front of us, we would excitedly share with each other our plans to watch every one of the new movies and shows on offer and as soon as we were up in the sky and the seatbelt lights were off, it was go time. With our first and second and third choices lined up, we would relish the excuse to binge the latest Disney Pixar films and seasons of Friends on the small notebook sized screen in front of us.

Sadly, we were only small people with big ambitions and after two or three movies, we would inevitably reach a point of saturation. With another 10 hours of flying still ahead of us, my brother and sister would fall back on their secret weapon for killing time: sleep. They would turn off their screens, pull out their pillow and in moments would drift off till we touched ground again.

This left me - after cycling through every permutation of pillow position and exhausting the entirety of my playlist trying to fall asleep - alone in my quest to kill time. I’d play a few games of Solitaire or Tetris (which got boring pretty quickly), look through the selection of songs (even with my iPod in my pocket) and start and stop a bunch of shows (that I didn't really want to watch). Looking for the magic time machine that would make the hours pass by quicker, all roads would lead me back to the same place: the flight path screen.

With it's Google Earth-like curved map, the flight path screen showed you what part of the world you were suspended over in that moment and how far your little plane on your screen was from its destination. After each new activity, I would find myself back on this screen staring at that little plane and watching the 'flight hours remaining' in the corner of the screen slowly go down.

In those hours, I was existing for the moment where that number would drop to zero and left in a state of waiting, I agonised over the ticking clock that moved slower the more I watched it.

The Perils of Time

We all have our flight path screens. Events that we’re waiting for and goals we’re trying to reach faster.

For me, after those long flights it was school, waiting for holidays and wanting to grow up and be ‘free’ as soon as I could and after school it was the mandatory two years in the army where I would count the days to the end of each training phase. I was convinced that these things that I had no control over were the problems themselves and as a result, failed to address what was really at the heart of that dissatisfaction: I didn’t know what to do with all that time.

Often times we tell ourselves that our problems will be solved if we can just reach that end in sight and in doing so, we give up being present and let the finite seconds we’re born with slip by. We take the worst part of goals - the postponement of our happiness to future externalities - and buy into the promise that the passing of time will somehow make everything better.

Instead of dealing with our underlying fears - being alone, not being good enough or not enjoying what we’re doing - we free ourselves from the heavy responsibility of being in control of our own happiness and convince ourselves that it’ll all be better when X happens.

The reality that we’re scared to face is that our problems go much deeper than the stories we tell ourselves and when our waiting is complete, we realise that we still haven't found the missing piece we thought would be there.

There are no external solutions to internal problems.

If you had a fast forward button would you use it?

When thinking of all the doctor's offices, long lines and red-eye flights, it’s easy to answer yes. The things that we want demand sacrifices that often boil down to time or effort and a shortcut to bypass that is tempting.

That is, until we realise that each one of those moments skipped by are part of the increasingly small handful that we start our lives with. Each of them represent a possibility, to explore a passion, think about the problems that we’re avoiding or even just write a message to thank an important person in our life.

Trying to overcome this issue, I've found it useful to apply inversion to my thought process and think not about the endless hours ahead, but instead of what I would do if I only had a few moments left.

A palliative care nurse by the name of Bronnie Ware shared - after her experience treating patients at the end of their life -  the biggest regrets of the dying, the last of which being “I wish that I had let myself be happier.”

I think a lot about what that means for me and how I choose to live my life in every moment. When viewing things through that lens, every moment feels precious.

“We must make haste then, not only because we are daily nearer to death, but also because the conception of things and the understanding of them cease first.”

Time is precious and all the moments spent living in the future are ones that you'll want back.

What uncomfortable truth are you avoiding? What passion could you be exploring? How can you let yourself be happier?

Don't let days go by where you're waiting for the next one to come.

Don’t wait for the plane to land, enjoy the ride instead.