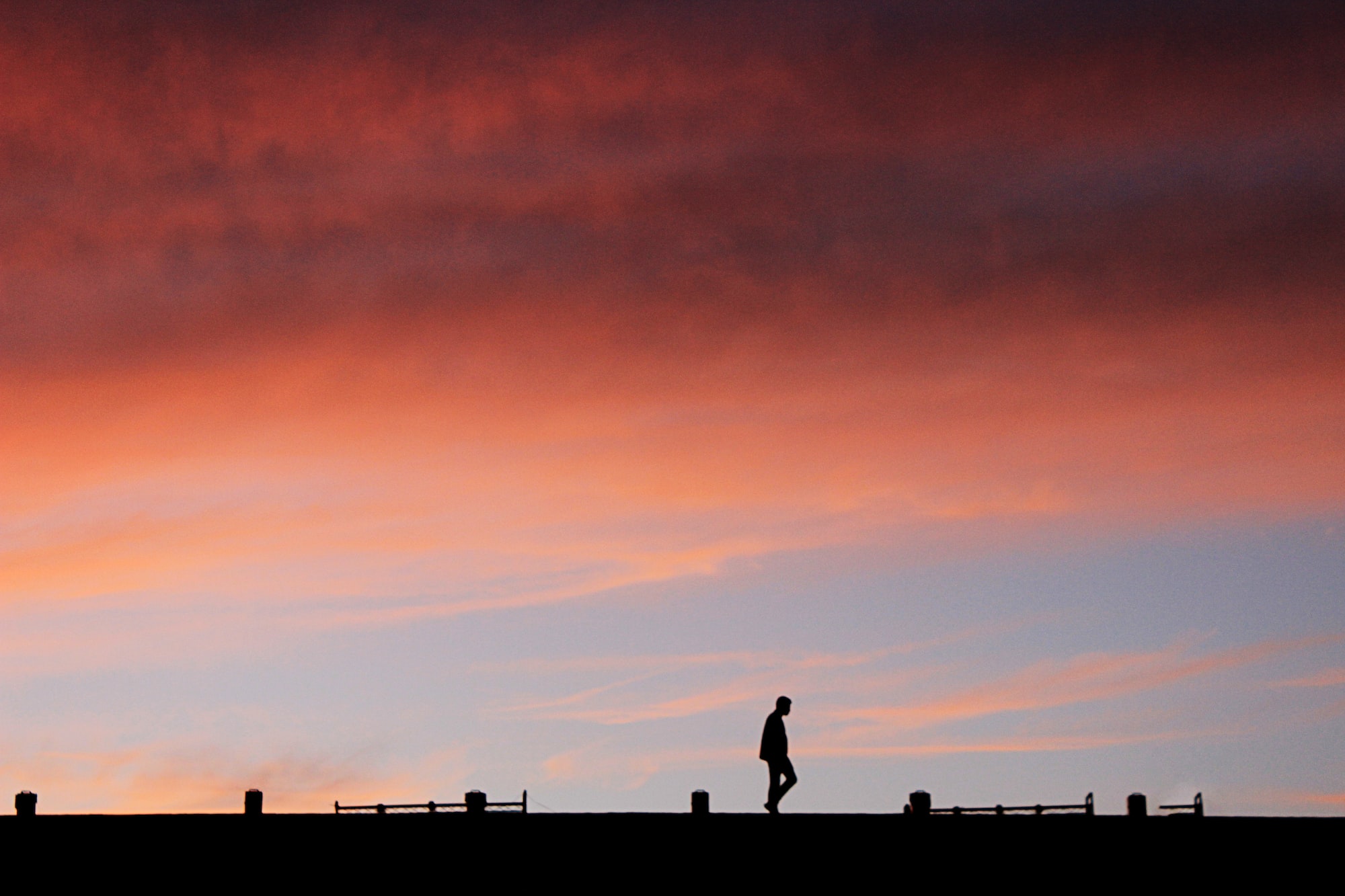 I take long walks to slow down, clear my mind and escape from the suffocating trash compactor of external and internal pressure. Walking gives me time to breathe, time to listen to the ideas that seem so abundant when you're outside and time to find joy in the world. I consider walking to be an essential part of my life and today was proof of that.

It was the early afternoon and I was strolling without purpose along the river near my house when my eyes landed on something across the water that made me pause - a man skipping.

Bald, shirtless and wearing a pair of bright orange shorts, the one thing that grabbed my attention was his passion. He was handling his skipping rope with an intensity that I hadn't seen before, spinning it at great speeds and performing all sorts of jumps, tricks and flourishes. The skipping rope was an extension of his body and he was in full control as it flowed around him: over, under, backwards, forward, in front, behind and to the side. I was entranced by his skill and watched in awe as I thought to myself "this is a man who knows something."

I was facing him from the opposite side of the water but up ahead there was a bridge which would lead me to his side of the world. My feet carried me over on their own and I found myself standing meters behind him, his speaker on the floor blasting pounding hiphop music to the disapproval of a few passerby's. I wasn't sure what I wanted to say, but I was sure that there was something I could learn from him.

When he took a break for a sip of water, I walked over and the first question that came out was: "how did you become so great at skipping?"

He didn't even pause to think. It was clear that this question was core to who he was and that his answer was deeply ingrained into his belief system. Without a beat, he responded with a few words that played over in my head as I thanked him and carried on with my wandering:

"I've been doing this for a longtime man, you just have to keep doing it everyday... You have to live it and believe in it before you become it."